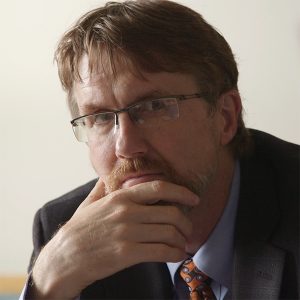 Michael O’Rourke, professor of philosophy, examines the process of developing communication and integration in cross-disciplinary research and the nature of linguistic communication between intelligent agents.

O’Rourke is director of the ToolBox Project, a National-Science-Foundation-sponsored research initiative that investigates philosophical approaches to facilitating interdisciplinary research. . He has been a co-principal investigator and collaborator on several funded projects involving autonomous underwater vehicles. He co-founded and served as co-director of the Inland Northwest Philosophy Conference, an interdisciplinary conference on philosophical themes, and he co-edited the series, Topics in Contemporary Philosophy, published by MIT Press. He is frequently published for communication, philosophy, interdisciplinary theory and practice, and robotic agent design topics.